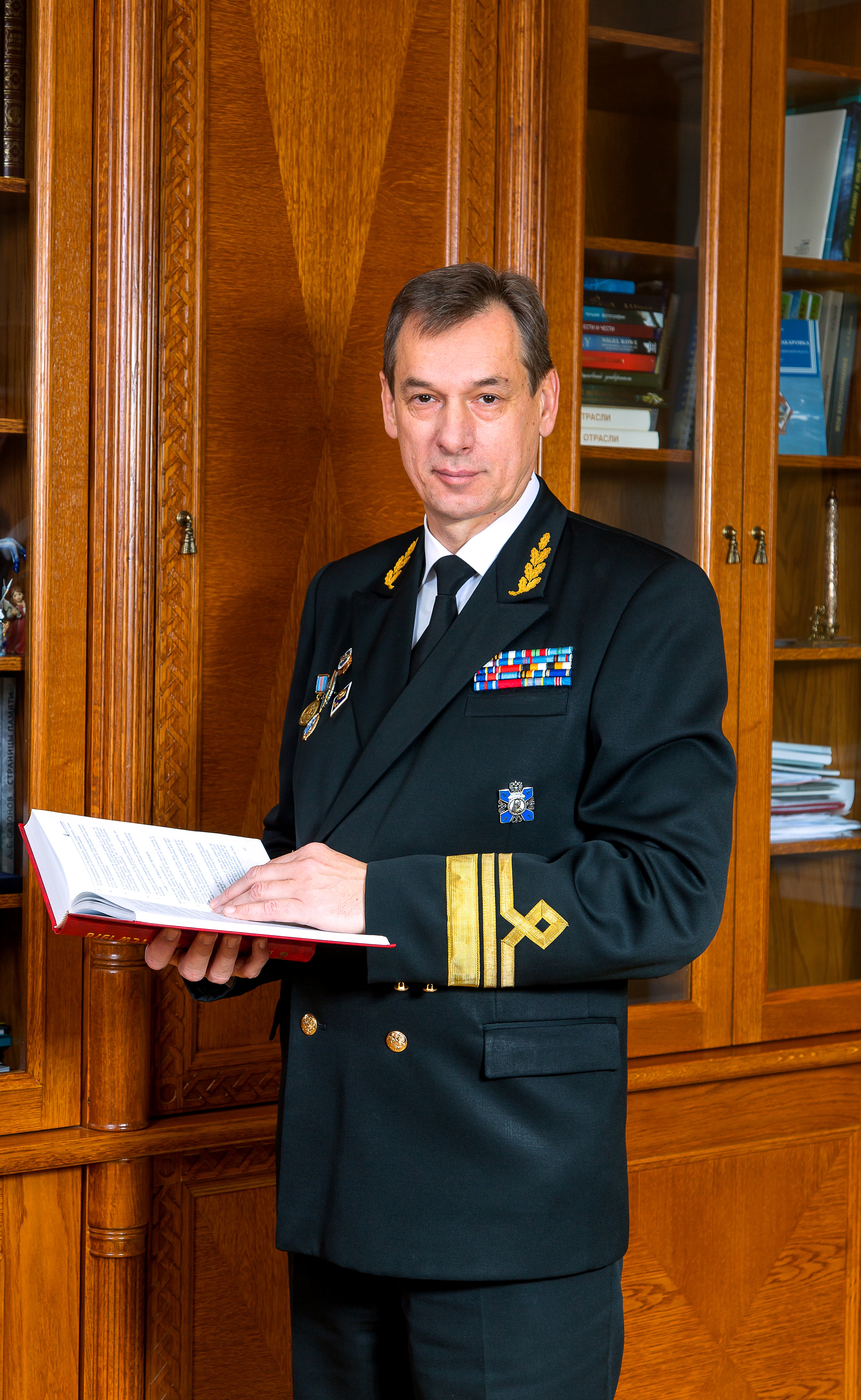 Sergey Olegovich Baryshnikov was born on the 27th of November, 1955 in Leningrad. He graduated Leningrad Secondary School № 166 in 1973.

He studied at Leningrad Institute of Water Transport from 1973 till 1978 on the major of “Ship building and repairing”. He was drafted to the Soviet Army for regular military service in 1978.

He was elected to the position of the Rector of University of Water Communications in 2009. After the merging of the University with Admiral Makarov State Maritime Academy in 2012 he became the Rector of the new integrated university.

Since 2012 Sergey Olegovich Baryshnikov has been the Rector of Admiral Makarov State University of Maritime and Inland Shipping.

Professor Baryshnikov is the Head of the North-Western Branch of the Transport Academy of the Russian Federation, Chairman of the Education Coordinating Council for the Rectors Council of St. Petersburg, a member of the Maritime Council under the Government of Saint-Petersburg, a member of the Education Board of the Agency Rosmorrechflot, the Association of Shipping Companies, the Association of Russian Ports, the Council of Russian Shipowners.

Admiral Makarov State University of Maritime and Inland Shipping was launched in the result of merging of two famous universities – Saint-Petersburg State University of Water Communications (the oldest transport university in Russia, routing its history from 1809, when the Institute of Engineers for Water and Land Communications was established in Saint-Petersburg) and Admiral Makarov State Maritime Academy.

Currently the University is a vertically integrated center of industry research and education, where the training of students and cadets is provided for bachelor and master education level, as well as education and training for operational, technical and informational professions. There are also departments for economical and humanity education within the existing twelve aggregated groups of professions.

Admiral Makarov State University of Maritime and Inland Shipping has a top rating position among technical universities of Russia and among foreign technical universities. This high position is well deserved by highly qualified staff of professors and scientists, developed technical facilities, modern technologies and methods applied for education. The University provides its cadets and students with all the conditions to perform their abilities, educates and trains them for their professional and creative activity.

We are proud of our history and traditions, develop new educational technologies and think about the future.